Exploring Agave: Getting To Know The Families Behind Del Maguey Mezcal 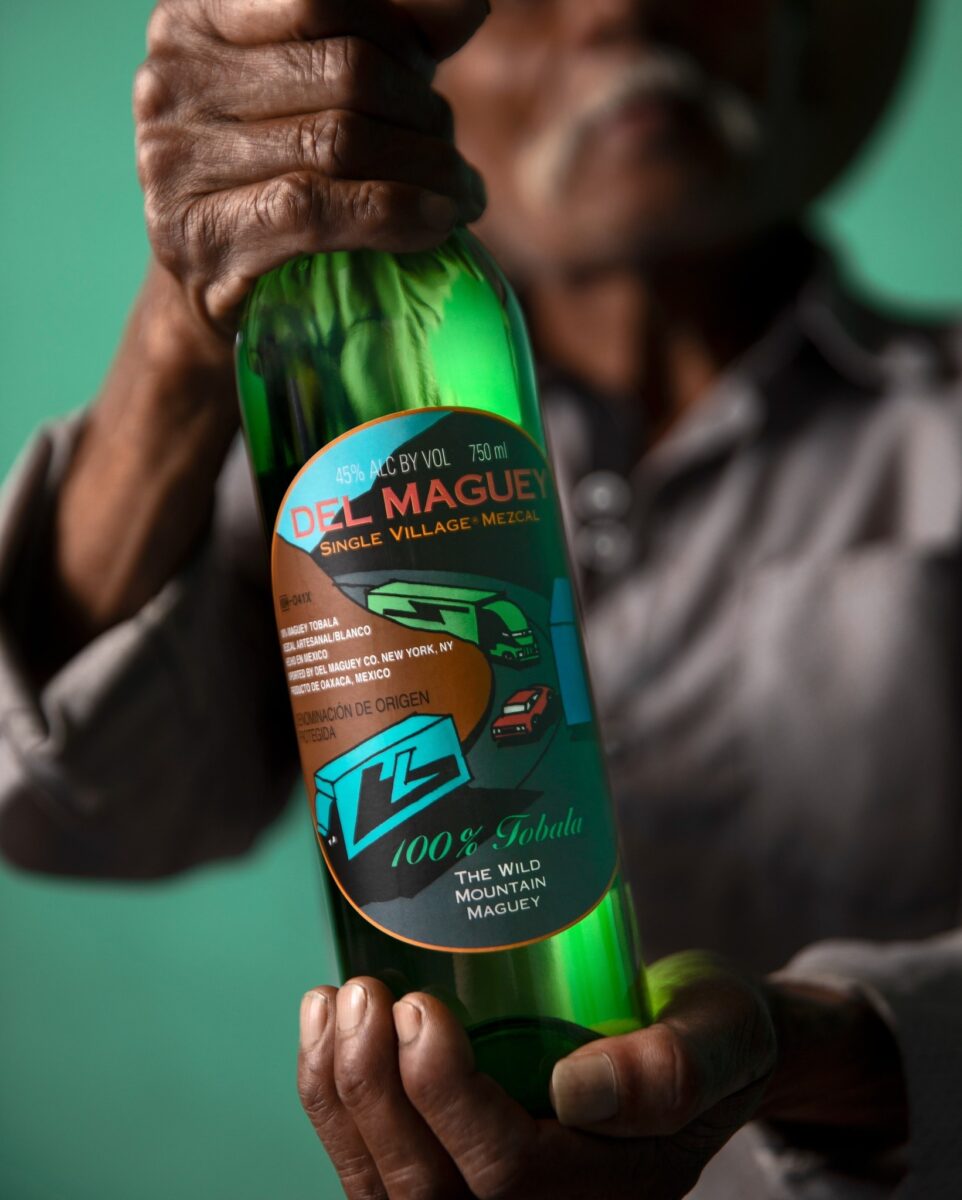 Del Maguey Single Village Mezcal is iconic among those familiar with mezcal in the United States. Easily distinguished by the colorful hand-drawn art adorning each of its over 2 dozen bottles, Del Maguey has established itself as one of the world’s best-selling mezcal brands since it was founded in 1995.

Yet, unlike most other brands on the market, there is no Del Maguey factory. Instead, Del Maguey works with 10 different indigenous villages throughout Oaxaca and Puebla, Mexico.

Each of these families produces on vastly different scales, varying not only in quantity but in agave varietals and production methods. While the ever-popular Del Maguey Vida might use electric milling to hasten the production process, expressions like Tobala and Las Milpas use traditional methods which have remained the same for over 200 years.

We sat down with Eva Pelczer, Del Maguey’s Director of Brand Education, to learn what makes the brand tick.

As we began, Pelczer quickly clarified, “To understand traditional mezcal and the Del Maguey portfolio, you have to understand that you’re going to be a planet away from everything that we consider to be liquor in the U.S. And that includes tequila.”

The Meaning Behind ‘Single Village’

Many of us understand spirits brands as creating one liquid that goes through different permutations – in the case of tequila, typically the “three amigos” of Blanco, Reposado and Añejo.

In contrast, Del Maguey highlights dozens of one-of-a-kind, age-old traditions, ones cultivated by generations of families in small villages across Mexico.

“Many of these villages are known for ceramic work, textile weaving and natural dyes,” says Pelczer. “Mezcal is one of those artisanal products. So you’ll begin to see this phrase, ‘liquid art.'”

In fact, Del Maguey’s founder Ron Cooper is a visual artist whose work has been featured in the Guggenheim and the Whitney Museums. Cooper first ventured to Oaxaca in the 1970s to learn about the state’s renowned glass blowing and ceramics methods. Little did he know, he’d stumble upon something else entirely.

Over the years, Cooper formed working relationships with these artisanal producers. In 1995, Del Maguey was founded to uplift these methodologies and bring their products to the U.S. intact. 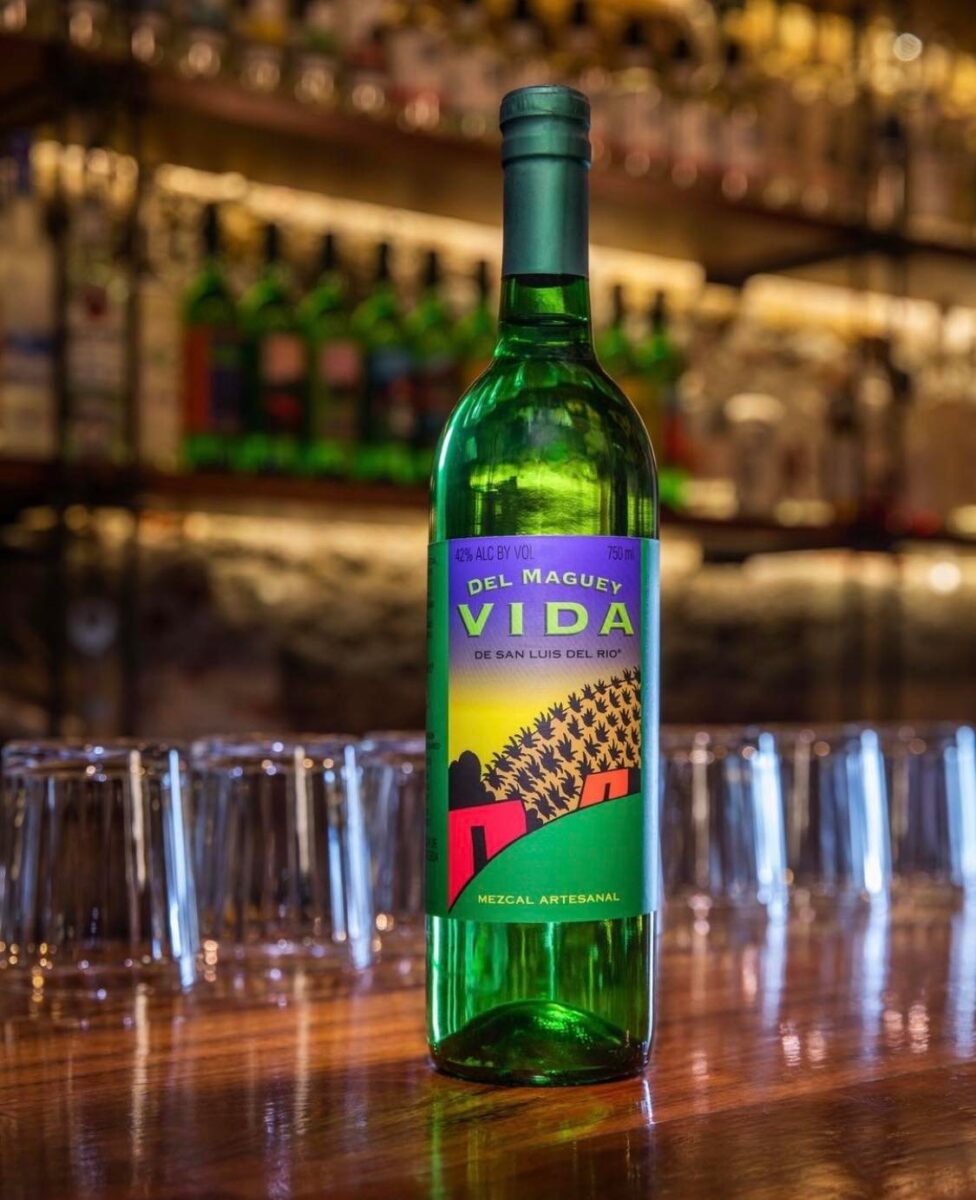 If there’s a single bottle of Del Maguey you’re most likely to recognize, it’s Vida. A mainstay behind the bar and a common sight in mezcal cocktail recipes, Vida is the workhorse of the Del Maguey line.

Vida is produced in San Luis Del Rio by Paciano Cruz Nolasco and his son Marcos.  The pair produce six different expressions under Del Maguey, all of which draw flavor from the terroir of the neighboring Red Ant River. 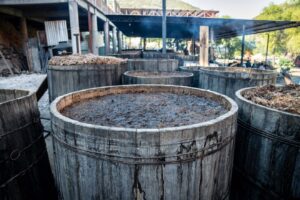 As with many mezcals, Vida is often described to be smoky, a hallmark of the roasting pits used to grill agave piñas during production. Though “smoke” has gradually established itself as the defining term within mezcal’s public image, Pelczer urged us to think of it only as one small component within a larger picture.

“Everyone says mezcal is smoky, and it is – but the goal is not to be a smoke bomb. Smoke, if present, should be balanced by so many other things.”

With a nose of mango, honey and agave followed by earthy flavors of cinnamon and jalapeno, Del Maguey Vida certainly boasts the flavor to prove that claim. 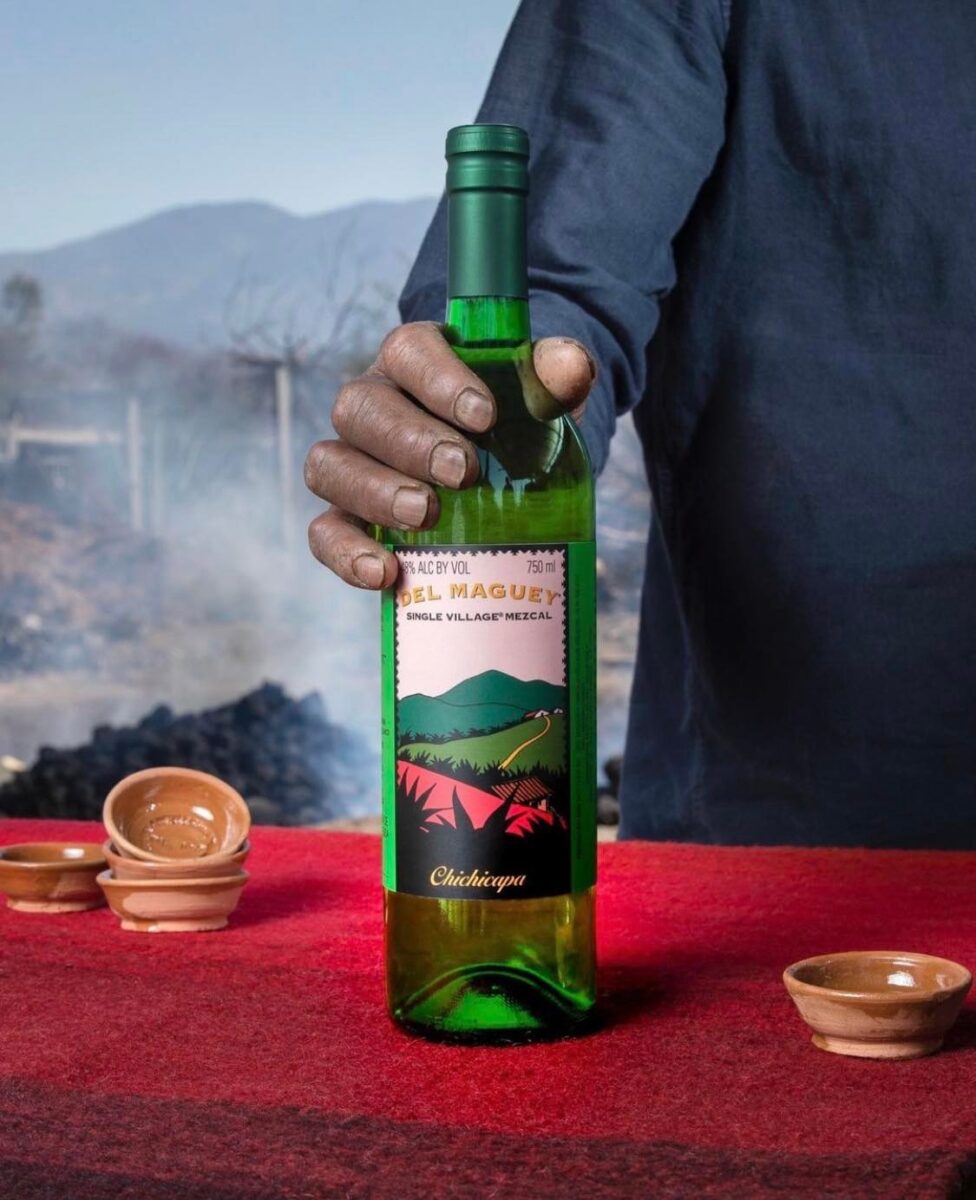 Made from agave Espadin in the temperate Central Valleys of Oaxaca, Del Maguey Chichicapa is another popular pick, arguably second only to Vida. Based in the town of San Baltazar Chichicapam, the spirit is made by Faustino Garcia Vasquez and his son Maximino. They were among the first families Cooper met when he traveled to Oaxaca in the 70s.

Though Chichicapa bears many of the same production methods as Vida, the resulting flavors are entirely their own.

Chichicapa bares a woody aroma and darkly sweet flavors of orange rind, chocolate and almonds, followed by a highly acidic, almost menthol-coated finish. I instantly adored it, and Pelczer pointed out why she suspected it’s such a popular pick in the States.

“These notes we’re identifying – orange peel, cedar, butterscotch, baking chocolate – it’s really similar to a barrel-proof whiskey,” said Pelczer. “We speak the language of whiskey in this country. I think the American palate is set up to understand the notes in this mezcal.” 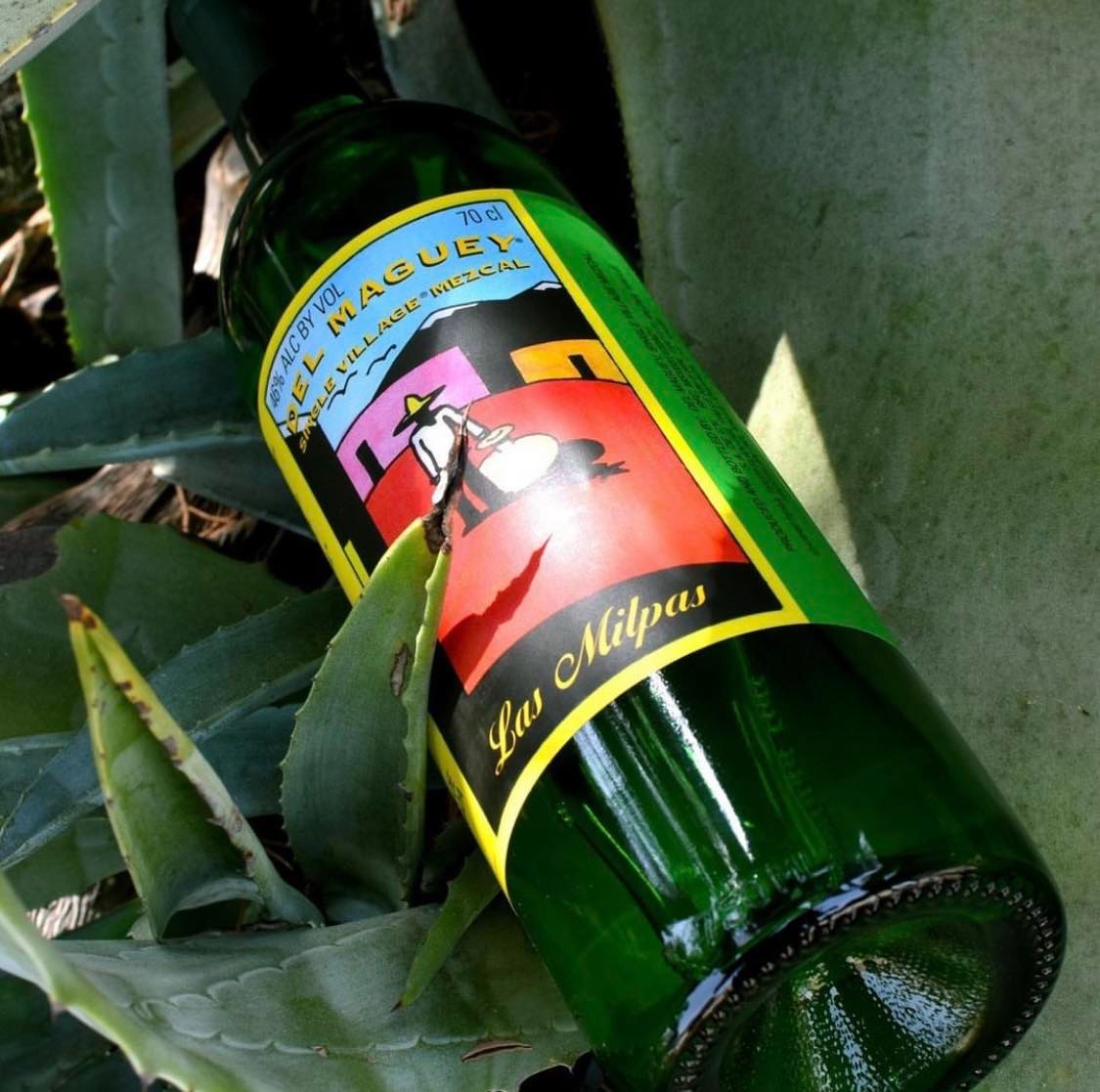 Launched in 2020, Las Milpas is a relative newcomer to the Del Maguey family. The town of Las Milpas, which translates to ‘the cornfields’ in English, is only a half-hour away from Chichicapa, but it is sequestered deep in the mountains above San Dionisio Ocotepec. Made by Anastacio Cruz Antonio and his sons Rigoberto, Abel and Pedro (the third father-son team on this list), Las Milpas’ flavor is inextricably tied to the surrounding terroir of corn, bean and squash fields.

Within Las Milpas and several other mezcal varieties, the influence of terroir is especially pronounced due to the use of raw fermentation.

“It’s a nice way of saying that you’re going to leave something out to rot,” says Pelczer. “In practice, it means the ambient yeast in the air is doing the fermentation, which is super variable according to time and place.” 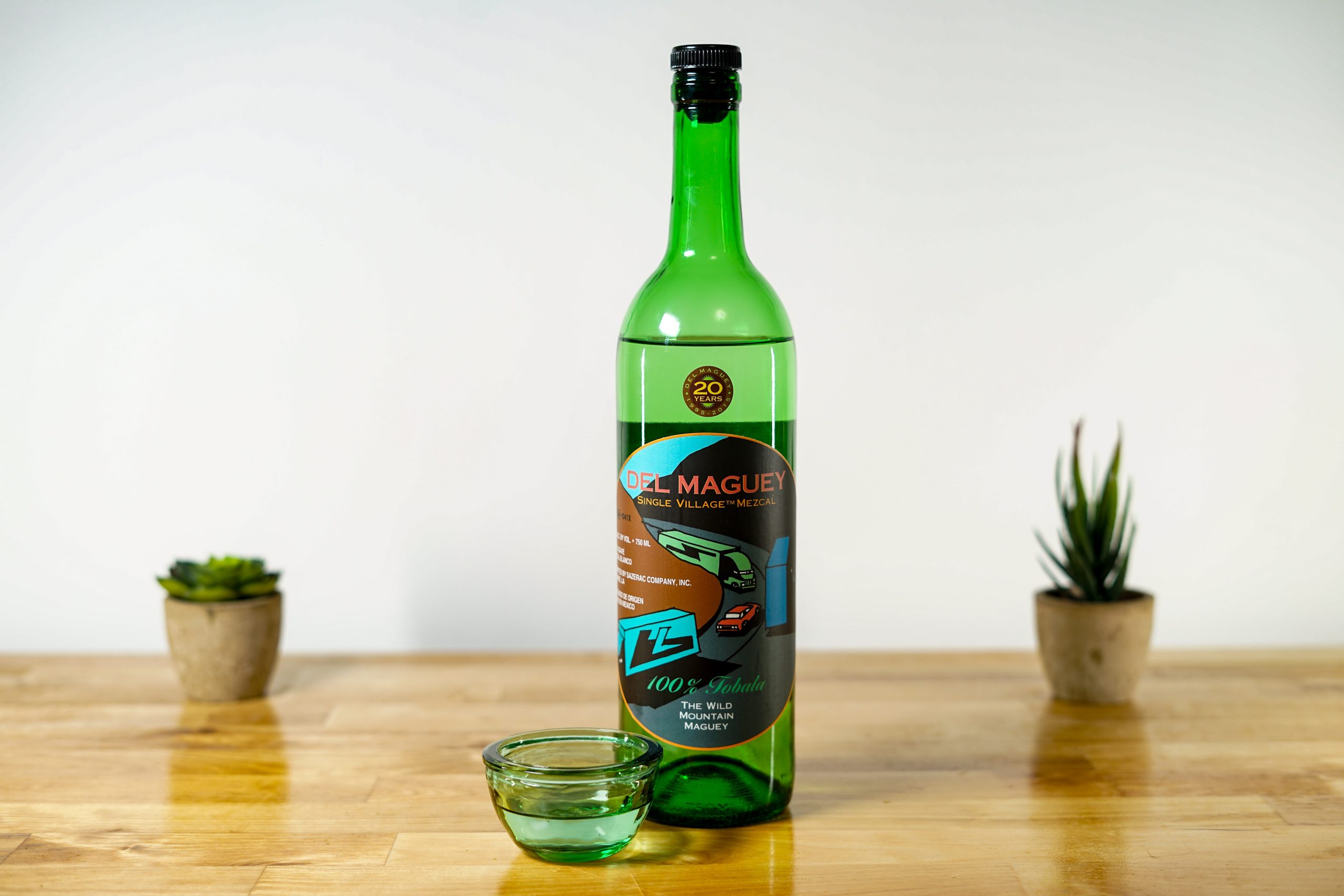 While the previous mezcals on this list have been made from agave Espadin, 100% Tobala is made from… well, Tobala!

This is a unique one. Made from a wild varietal of agave which takes 15 years to mature, the name “tobala” was long kept secret in mezcal marketing in an attempt to protect the plant from poachers. 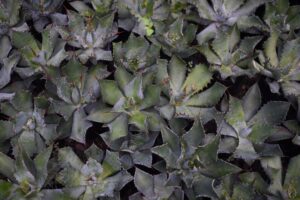 This mezcal’s makers, Rogelio Martinez Cruz and his family, live in the mountain town of Santa Maria Albarradas (hence this mezcal’s subtitle, ‘The Wild Mountain Maguey.”)

You’d expect the surrounding terroir of luscious fields, fruit trees and rose bushes to feature heavily in this mezcal, and you’d be right. However, those influences are joined by another set of all-together unique flavors which I’d never quite experienced before.

The Cruz family roasts their agave in earthen pits not for three days, but 30. In the process, the piñas get a sort of jump start on the fermentation process, literally beginning to rot underground. When finally removed after a month, the charred, dark orange piñas are engrossed in blue and white webs of fungus.

When you smell Del Maguey Tobala, you’re met with an immediate whiff I could only describe as halfway between fresh blueberries and stinky cheese. This odd duality carries over into the flavor, combining notes of pear, apple and citrus with a mushroom-tinted funkiness.

The burgeoning popularity of Del Maguey has helped pave the way for a more diverse agave spirits landscape in the United States.

While it is undeniably tequila that has led this industry boom, it is Del Maguey that has highlighted just how much variety exists within the massive world of agave spirits. With luck, brands like Del Maguey will pave the way not only for other mezcal producers but also for lesser-known indigenous agave distillates like sotol, bacanora and raicilla.

Pelczer says that Del Maguey isn’t looking to expand anytime soon, but is always willing to make new connections within the community and see where it takes them.

“There’s an infinite quality to the culture. There’s so much richness and history, and we’re just scratching the surface with what we’re able to access in the U.S.”