Act of Treason: Australian Agave Brand Breaks All the Rules 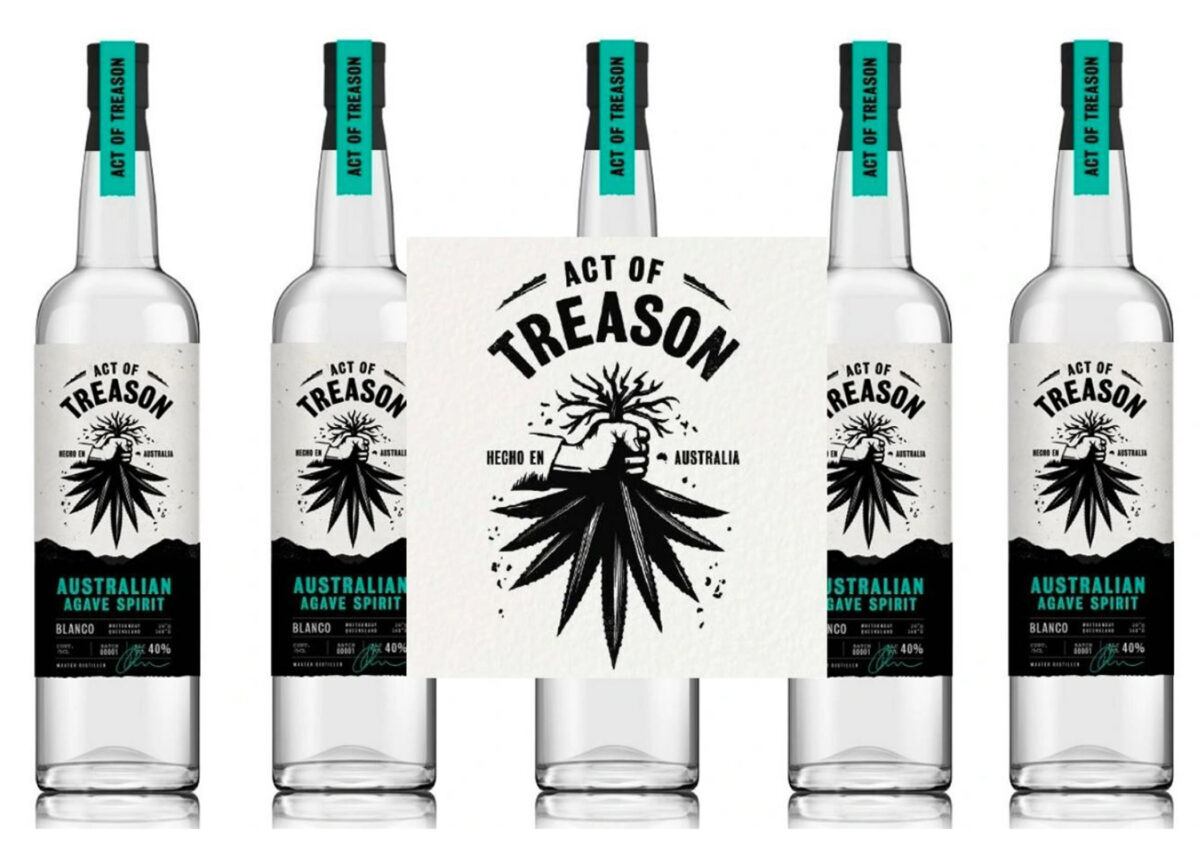 Australian spirits producer Top Shelf International (TSI) has unveiled Act of Treason as the brand name for its line of Australian-produced agave spirits. Act of Treason will hit the market in 2023.

Since 2019, TSI has been in the process of converting an ex-plantation in Ayr, North Queensland, into a full-blown agave estate. To date, it has 500,000 blue agave plants in the ground, with a projected 1 million by the end of 2024. This makes it the single largest agave estate outside of Mexico.

Here’s where the treason comes in – tequila and mezcal have protected denominations of origin in Mexico. Tequila, which is made from the same blue agave plants which TSI is growing by the hundreds of thousands, cannot be sold as “tequila” unless it is made in Jalisco, Mexico or four other tequila-producing states.

TSI’s newest spirit isn’t completely unprecedented. Original credits should go to South African producer Karoo, who got into the faux-tequila game back in 2020. Yet, Act of Treason’s branding shows a lot more blatant disrespect for tequila’s denomination of origin than any other of their predecessors.

Act of Treason, which was originally going to be named “ozcal” as a riff on “mezcal” and “Aussie,” features an agave plant being ripped out of the ground upside-down on the front of its bottle. Surrounding the logo on each side is the tagline “Hecho En Australia.”

It is a bold move, but certainly not one which will pay off for anyone with reverence for tequila’s heritage. The recent wave of backlash against celebrity-owned tequilas is one thing, but an Australian-produced agave spirit that boldly proclaims that they’ve broken all the rules is another.

Now, TSI is offering retail and hospitality partners the opportunity to secure their very own “Field of Treason” within the agave estate. Partners will be able to reserve an agave plot that TSI will grow and harvest on their behalf.

If these Fields of Treason are anything to go by, TSI appears to have aspirations of launching an all-out agave industry, not simply a single brand. Time will tell how the tequila community reacts to this uprising from down under.