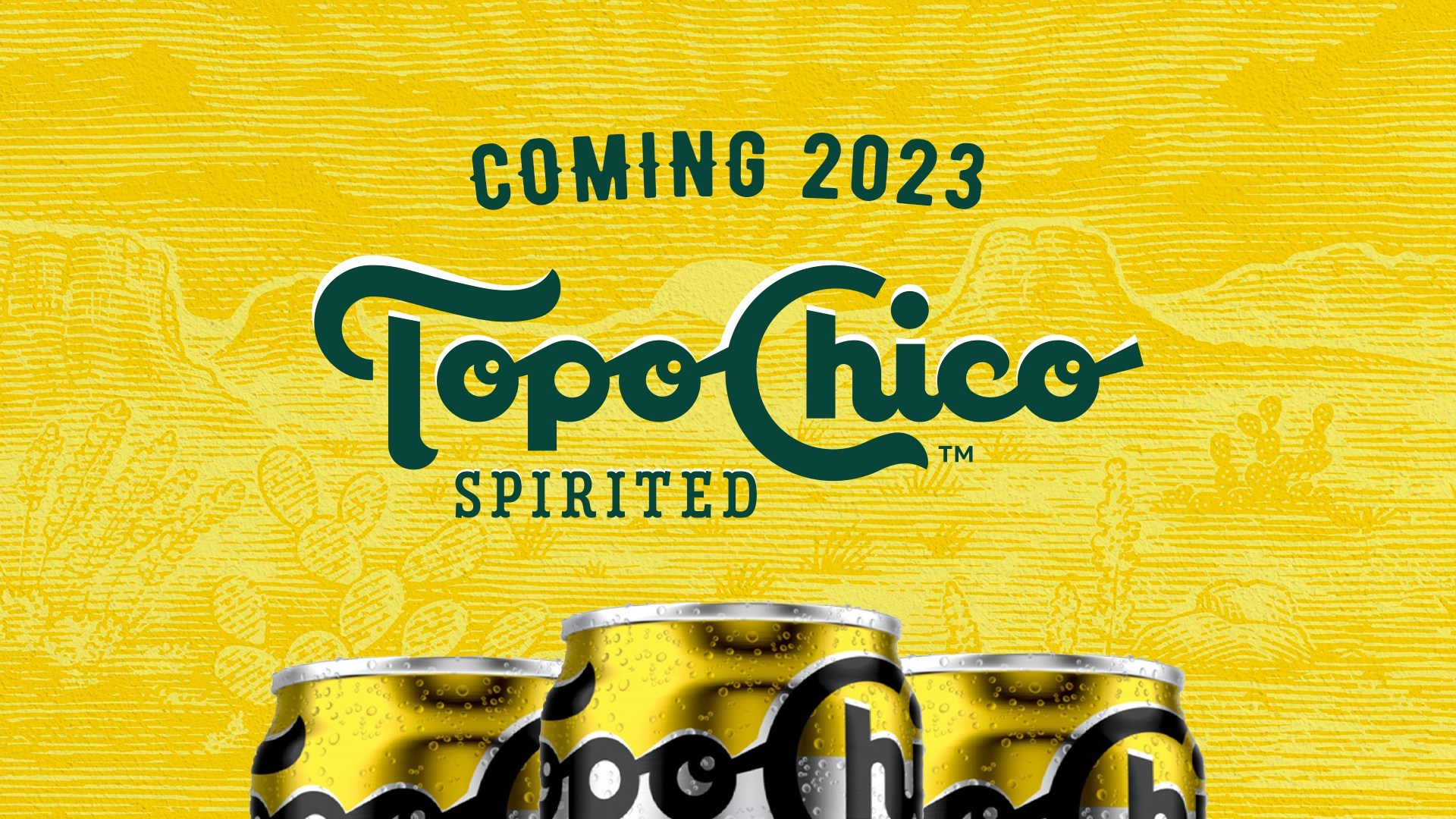 Popular seltzer brand Topo Chico has just announced a new line-up of three pre-mixed classic cocktails to release in 2023. The deal has been officiated through an exclusive agreement between Molson Boors Beverage Company and Coca-Cola.

The new drinks, flavors of which are yet to be announced, will include premium tequila and vodka. Your guess is as good as ours as to what these cocktails might be – we think that a margarita, paloma, moscow mule, or martini are all fair game.

Topo Chico has steadily grown year after year since being was purchased by The Coca-Cola Company for $220 million in 2017, helped in part by the launch of Topo Chico Hard Seltzers.

Coca-Cola, who themselves have recently seen great success with the launch of Simply Spiked Seltzer, is surely eager to facilitate this new expansion for Topo Chico.

Under the agreement, Coca-Cola will develop the drink and Molson Coors will provide the spirit.

David Coors, Molson Coors vice president of next-generation beverages, stated that “we believe Topo Chico Spirited will shake up the canned cocktail space with unparalleled flavors and a legacy rooted in the iconic 125-year-old master-brand.”

Look out for details in the next few months regarding a release date and flavors.