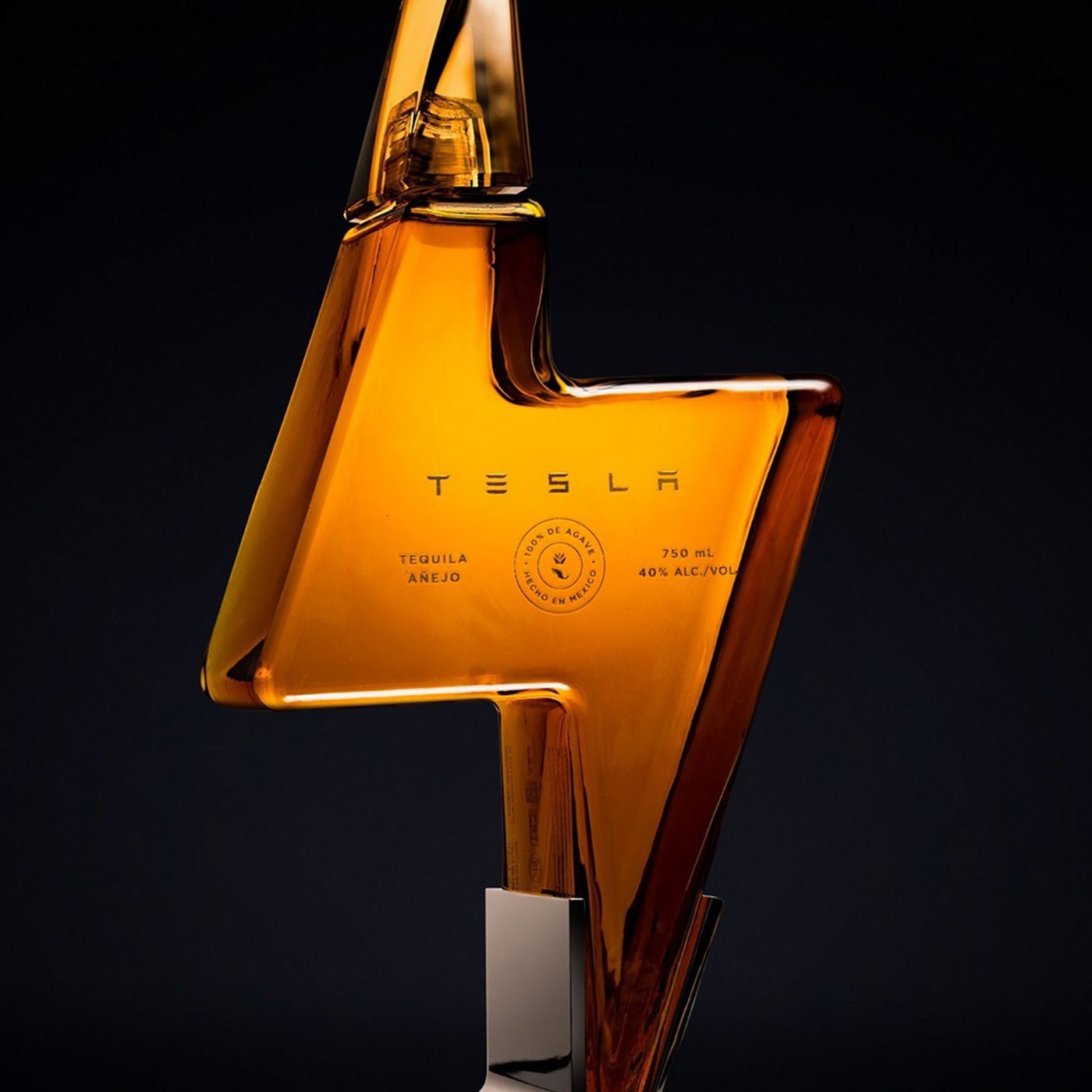 If there’s one thing that everyone can agree on, it’s that Elon Musk certainly knows how to grab a headline.

Given the ongoing buzz surrounding Musk’s recent acquisition of Twitter, we figured we’d take a look back as his unceremoniously titled Tesla Tequila, a product that itself began life as an April Fools tweet back in 2018.

On April 1st, 2018, Musk tweeted a picture of himself passed out on a car. He jokingly decried his bankruptcy and said of himself, “Elon was found passed out against a Tesla Model 3, surrounded by ‘Teslaquilla’ bottles, the tracks of dried tears still visible on his cheeks.”

Elon was found passed out against a Tesla Model 3, surrounded by "Teslaquilla" bottles, the tracks of dried tears still visible on his cheeks.

This is not a forward-looking statement, because, obviously, what's the point?

Never one to let a bad joke die, Musk went on to file an “intent to use” trademark for the name Teslaquilla that October.

After a brief legal tiff with the Tequila Regulatory Council over whether or not he could use the name Teslaquilla, Musk agreed to change the name and hold off his plans a bit longer.

Lo and behold, the newly renamed Tesla Tequila launched in November 2020 with a price tag of $250. Produced by Nosotros Tequila (a distiller whos bottles typically sell for around $50), the bottle featured a Tesla logo-shaped glass decanter held on a metal stand.

Tesla sold out its 20,000 stock of bottles within four hours.

#Tesla launches and sells out 20k bottles of $250 #Tequila in 4hrs pic.twitter.com/aOqYv6TQUf

Given the highly-limited nature of this drop, we haven’t been able to get our hands on this bottling to try it for ourselves.

Suffice to say though, reviews were mixed. Tesla Tequila currently holds a panel score of 65 on Tequila Matchmaker, many dismissing it as yet another cloyingly sweet celebrity-backed tequila.

To tequila enthusiasts, that might sound pretty damning. But of course, Tesla Tequila was almost certainly made first and foremost for die hard Elon Musk fans. Naturally more was to come.

In dedication to yet another ever-so-funny joke of his, Musk earlier this year rereleased 420 bottles of Tesla Tequila for $420 each. The rerelease occurred on April 20th, 4/20. Supply once again sold out quickly.

Nowadays, the resell market for Tesla Tequila sees these bottles sell for at least $1,000. Apparently there’s even a growing cottage industry reselling empty decanters in the $200 range.

As Musk continues to gobble up headlines, we imagine him toasting to his own success with a glass of his sugary sweet añejo. Maybe next time it rereleases, you’ll even get one for yourself.