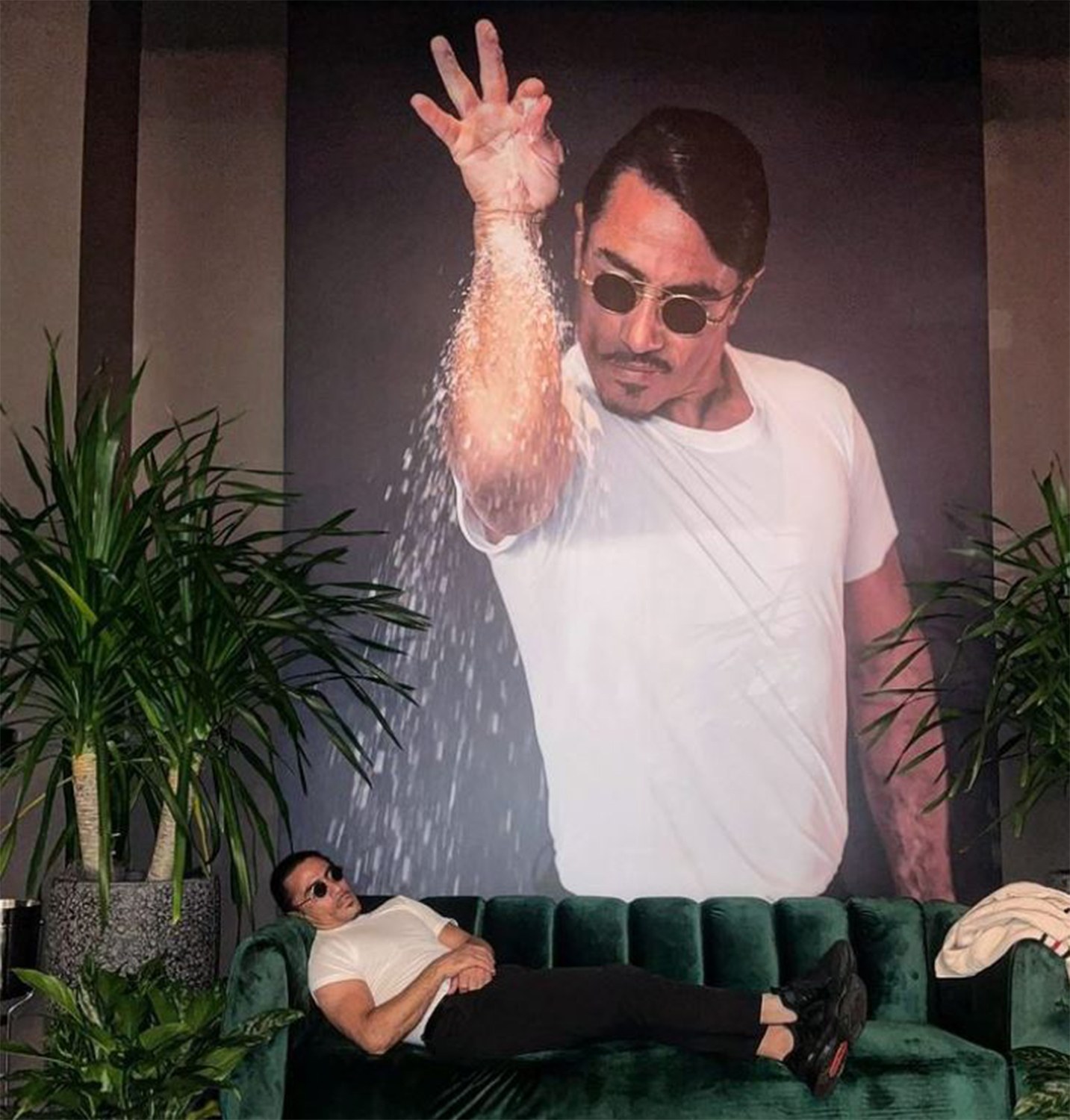 Salt Bae’s Dubai restaurant is known for its expensive menu, but this receipt takes the cake. Photo: Instagram/nusr_et

Everyone’s favorite salt-slathering internet celebrity has sparked outrage after posting a picture of a customer’s $167,000 bill at his Dubai restaurant.

That doesn’t even account for the $11,434 spent on an undisclosed “Open Alcohol Beverage,” or the nearly $15 spent on a single Heineken.

Unsurprisingly, users piled into the comments with criticism:

“Excessive and really shouldn’t be glorified”

“How many families can you feed with the same amount?”

“How to waste your money:”

Salt Bae, who first went viral back in 2017 with a clip of him slicing and dramatically salting a massive steak, owns a chain of 22 luxury restaurants around the world called Nusr-Et.

Besides its owner’s semi-celebrity status, the chain is perhaps best known for outrageous prices and gimmicky antics. Videos of the restaurant’s gold-leaf crusted 24K Golden Tomahawk steak have become a mainstay on TikTok over the last few years.

Reviews of the chain are middling, to say the least. New York Times food critic Pete Wells said that the experience was “messy around the edges,” jokingly adding, “I had a pair of trousers that Salt Bae had seasoned like a steak.”

Despite the negative press, Salt Bae has an estimated net worth of around $75 million.