Blame It on the Casamigos: Marketing Ploy or Viral Trend?

Blame It on the Casamigos: Marketing Ploy Disguised as a Viral Trend 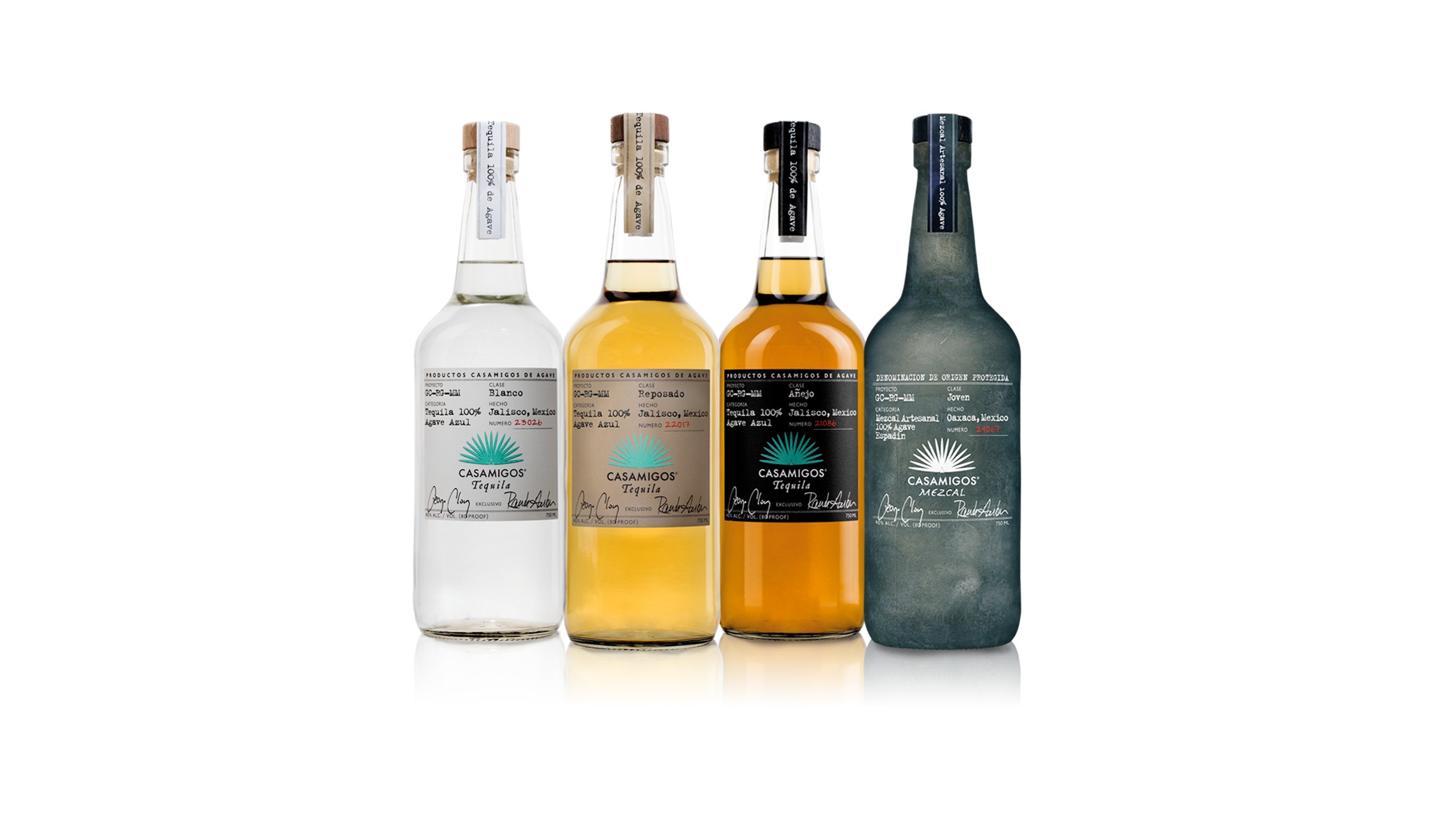 George Clooney’s Casamigos is a titan in the tequila industry. When Clooney and co-founder Rande Gerber sold the brand to spirits giant Diageo for $1 billion in 2017, it single-handedly inspired a wave of celebrity-owned tequilas that has continued to this day.

If you’ve been spending any time on the internet in the past few months, you may have started to notice the rise of a specific catchphrase, “Blame It on the Casamigos.” The phrase, which is usually accompanied by a meme or story about some sort of wild regrettable antic, makes perfect sense – after all, alcohol can make you do crazy things!

But this specific phrase has begun to reach a point of popularity far beyond its original intentions.

Case in point: news website Baller Alert recently published an article titled “Blame It on the Casamigos: Mom Births Twins With Different Dads After Rendezvous With Two Men In One Night.”

This article piqued our interest for several reasons. Chief among them was the fact that the story itself had nothing to do with Casamigos or even tequila in general.

It is common for brands like Tito’s, Hennessey or Patron to capture the cultural zeitgeist, disseminating through lyrics, memes, or endorsements as the new “it” drink. But this is unique. Casamigos has managed to establish itself as the end-all, regrettable decision-inducing tequila with a catchy slogan to boot.

As #BlameItontheCasamigos reaches new heights on Twitter and musicians declare the slogan in song titles and lyrics, we’ve reached a point where Casamigos has been able to successfully embed themselves in a trending rallying cry for debauchery.

How has the Casamigos brand name gotten to a point where its slogan can be tossed in front of bizarre news stories for free advertising?

Blame It on the Casamigos in Music

The highest profile arena you’ll typically see an alcohol-related trend cement itself nowadays is music. Casamigos is no exception.

The brand is particularly popular among rappers, drawing mentions from A-List artists like Megan Thee Stallion, Young Thug, Jack Harlow, Lil Baby, 6ix9ine and 2 Chainz just to name a few. Casamigos is so popular among rappers that The Atlantic published an entire article about its explosion in the genre.

But we’re not just looking for mentions of the brand. We’re looking for their newest slogan.

I blame the Casamigos

Blame it on the casamigos.

Rapper Melly Baby even has a song titled “Casamigos (Blame it).”

Blame It on the Casamigos in Memes

Ah, the memes. The hallmark of any true trend, a quick search for “Blame It on the Casamigos” on TikTok, Twitter or Instagram will draw hundreds of results. Here are just a few which echo the sentiment: 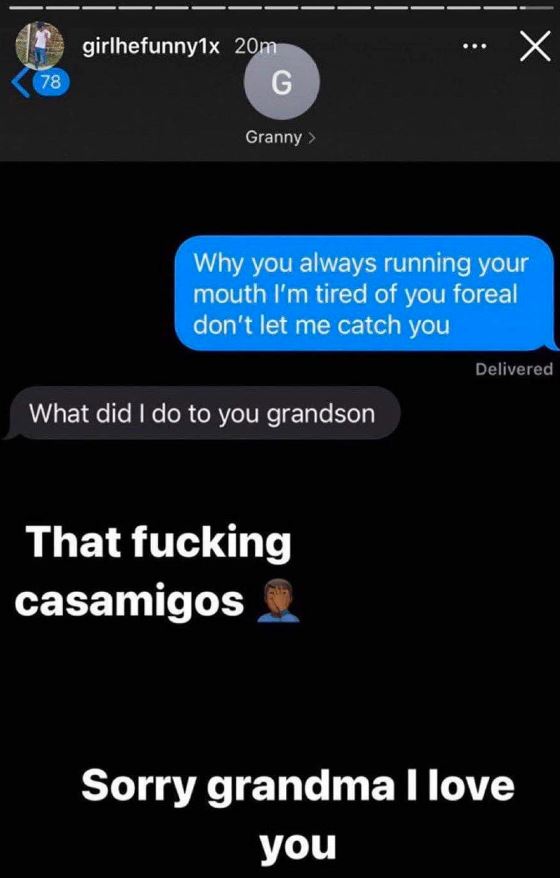 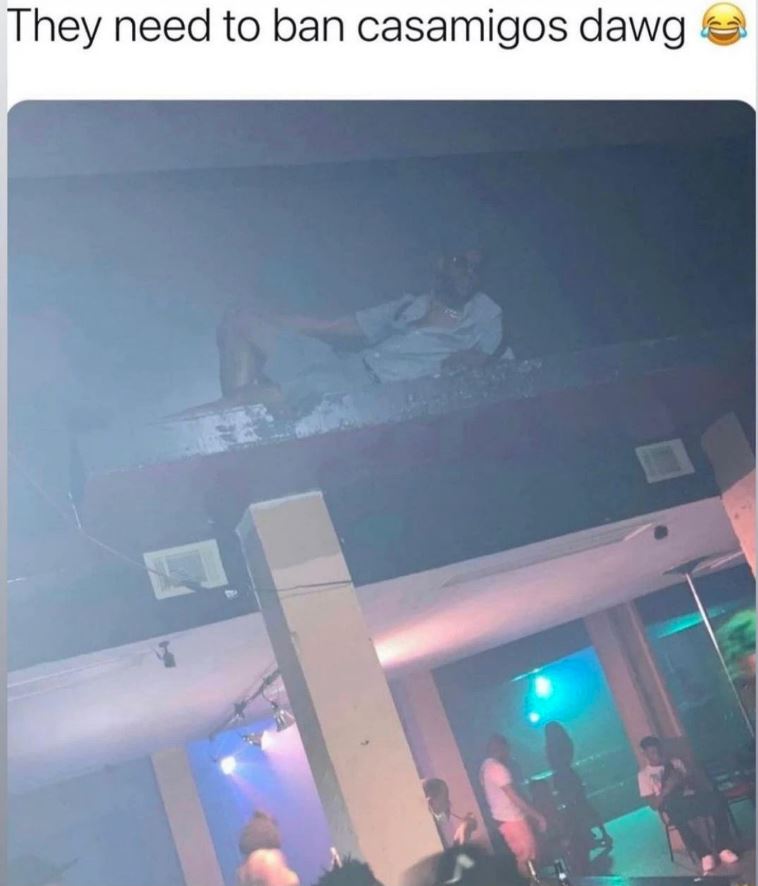 To be clear, there is no smoking gun proving that “Blame It on the Casamigos” is part of some insidious astroturfing campaign. However, if we look to memes created by Casamigos on Instagram well over 2 years ago, you begin to get an idea of where the sentiment originated: 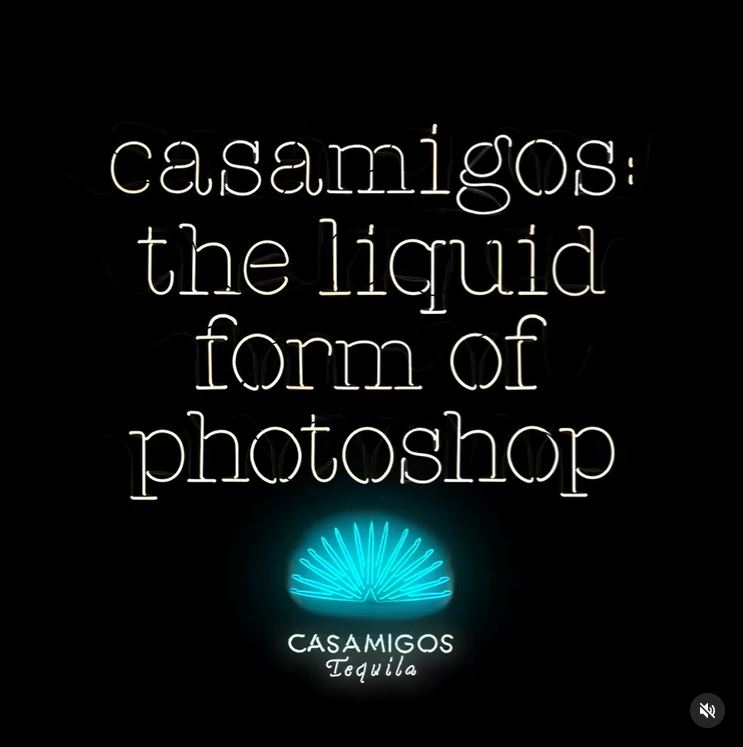 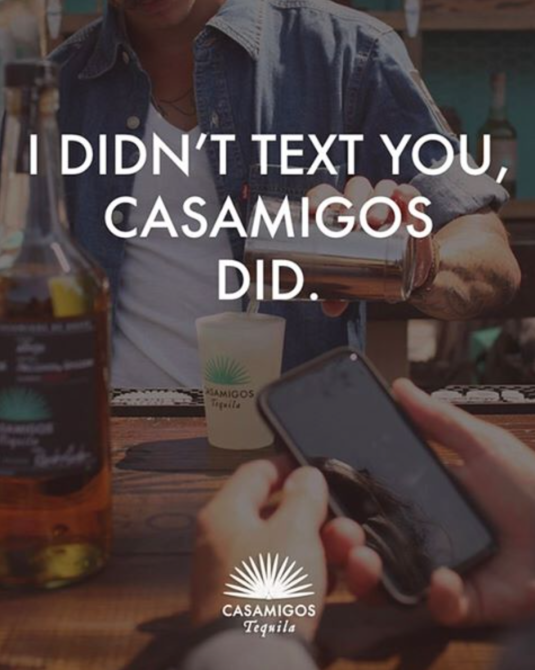 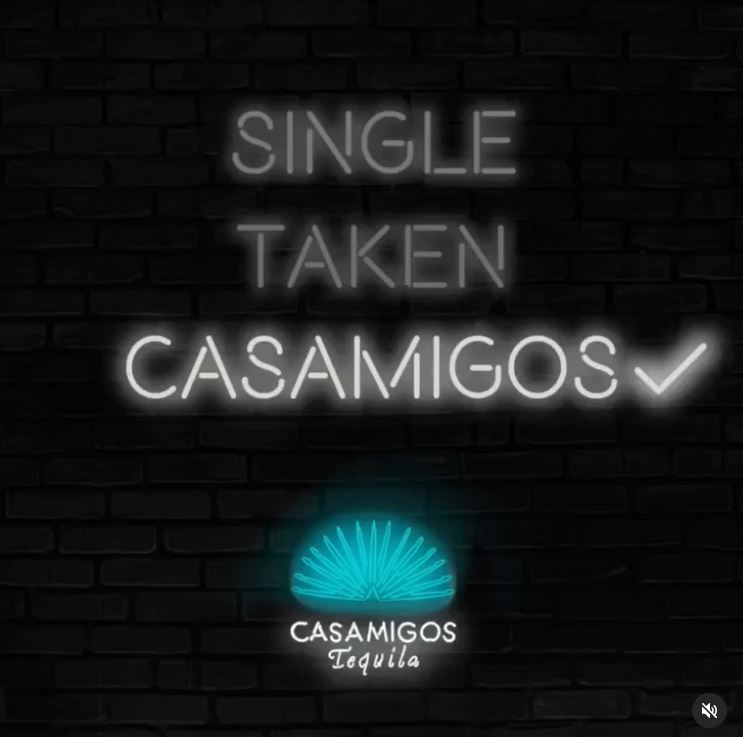 These memes (most of which are arguably in pretty poor taste) are the genesis of “Blame It on the Casamigos.”

Through savvy social media presence alone, Casamigos was able to successfully plant the seeds of a trend that established George Clooney’s drink as the decision inhibiting tequila.

As history would have it, Casamigos’ in-house memes influenced real users to create memes of their own, which in turn influenced song lyrics, finally resulting in twins-from-different-fathers-esque news stories.

In the era of viral trends and endless hashtags, Casamigos has marketed itself perfectly.