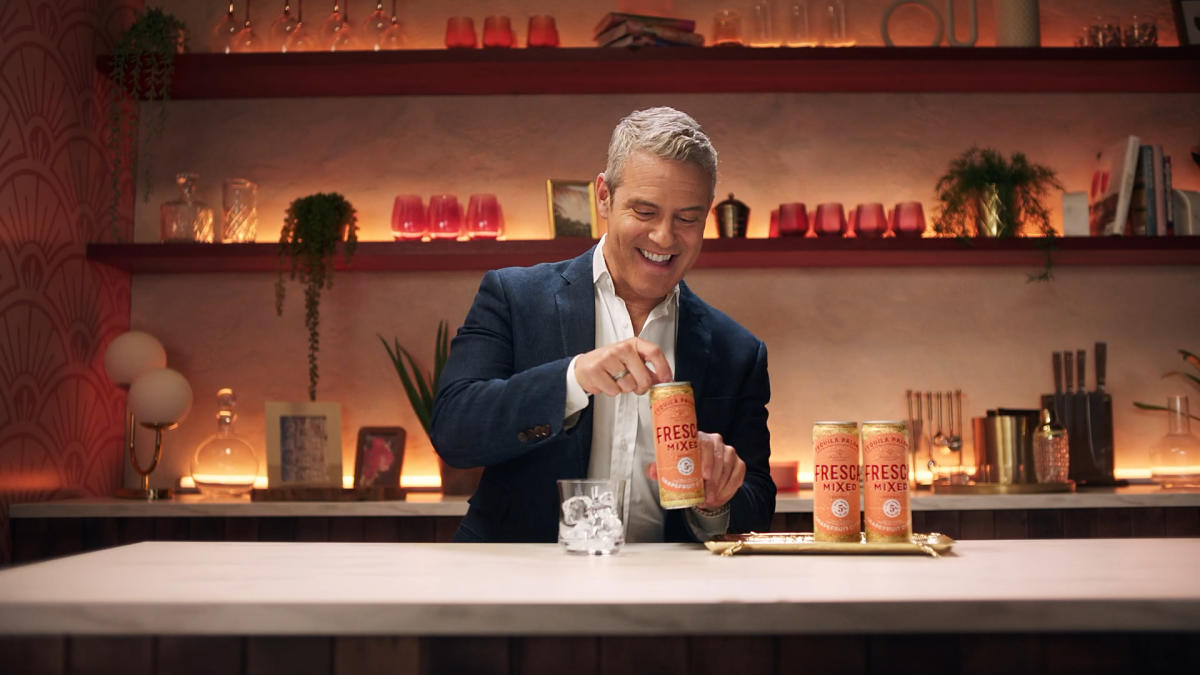 These ready-to-drink canned beverages come in two varieties; a Vodka Spritz and a Tequila Paloma.

Cohen’s cheery deposition seems like an obvious fit for product promotion, and of course, they’ve already launched several advertisements starring Cohen gushing about his love for their pre-mixed paloma.

Cohen’s partnership comes on the heels of an absolute explosion of ready-to-drink (RTD) canned beverages that have hit the market in the last few months.

In fact, it’s a category of drinks that is projected to outpace the popularity of hard seltzers by 2026.

Andy Cohen is no stranger to tequila-related hubbub himself. The most recent season of The Real Housewives of Beverly Hills infamously featured a highly publicized conflict between Lisa Rinna and Kathy Hilton ominously dubbed #TequilaGate.

Hopefully, Cohen’s new partnership with FRESCA Mixed will be less about drama than it is the tequila.